In flagrant disregard to the will of the people, the Federal Communications Commission voted 3-2 to end net neutrality.

Net neutrality is a key component to a free and open Internet. Net neutrality prevents Internet service providers like Comcast and AT&T from censoring access to content they don’t like, giving higher speeds to content providers who pay more, and charging different rates to consumers to access different types of sites.

CUE is a strong supporter of net neutrality and worked with California Assembly Member Kevin Mullin to introduce Assembly Joint Resolution (AJR) No. 7 which passed both houses of the State Legislature. The Resolution requested Congress and the President of the U.S. to retain the net neutrality rules. In spite of this support by the CA Legislature, along with the majority of the U.S. population, the FCC voted to end net neutrality.

Opposition statement by FCC Commissioner Jessica Rosenworcel who submitted one of the two no-votes:

Jessica Rosenworcel, received the CUE Legislative Advocacy Award last year and supported the AJR 7 in its development and will advise on next actions to take in the ongoing fight to repeal the FCC recommendation.

The national fight to protect a free and open Internet is far from over. The FCC decision will be challenged in the courts and by many members of Congress. CUE Legislative Consultants will closely monitor and suggest future actions CUE could initiate on it’s own, and/or with associations, to over-ride the FCC decision.

To Take Action: If you are not pleased about the repeal of net neutrality, you should contact your representative or senator at Contacting Congress and give them your thoughts. With significant public support it is possible that Congress could pass legislation to restore some or all of the previous net neutrality regulations. 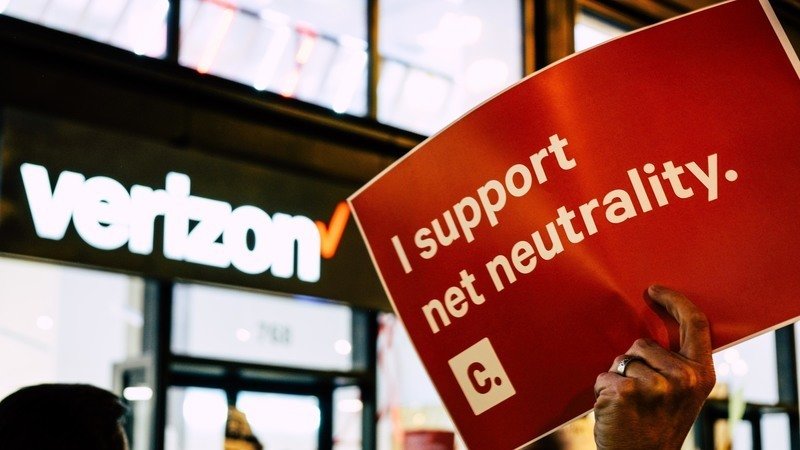 Change.org has nearly 2.2 million signatures on a petition to Congress. CUE members can help them.

Signing Change.org’s petition is a great first step in making your voice heard, but your representatives in Congress, who oversee the FCC, need to hear from you by phone too.

It’s easy to do, only takes a minute, and is very effective. Click here to quickly and easily have your phone connected to your representative’s office.

Looking for an even quicker way to help? Send a tweet to the FCC with one click.

After the new rules are in place, it will be important to monitor your Internet service provider and file complaints when you see content being prioritized or throttled. Complaints about the FCC action should be filed with the Federal Trade Commission or the Department of Justice.

Stay informed by going to cue.org and checking the CUE Legislative Updates link.

Celebrating with a Cheer and Year in Review

KQED Has Some Serious Love for CUE Members who Blog!

We love to make great things and we promise we won’t stop. Join us on our social networks and help us improve our work by sharing your thoughts and ideas!